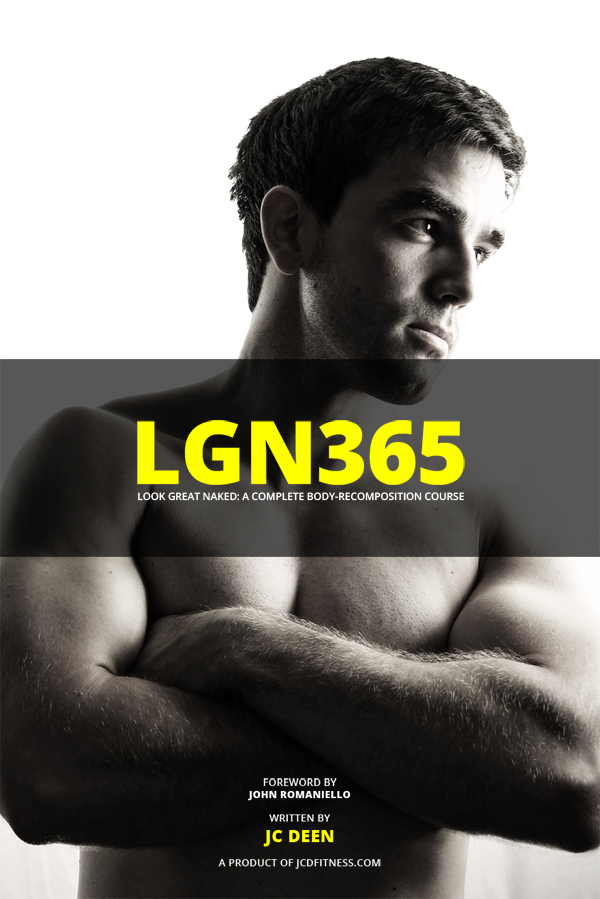 I had no intention of writing this blog, but as I stepped out of the shower, I just had to sit down and put the pen to paper so to speak.

Please know that this blog will likely be very scattered as I dump my thoughts. If you don’t like it, that’s fine. I don’t see a counselor anymore, so this is my therapy.

Truth is my head is spinning right now. I released LGN365 a few weeks ago – it was very well received. I’ve got another project I’m beginning to work full-tilt on starting tomorrow morning, and I just got a text from Roman letting me know about my first major magazine write-up coming up in a few months. Wow.

On that same note, the very day LGN365 came out, I got published on ZenHabits with my article titled Building Your Strength In The Present Moment. I remember a few years ago when I was just starting out as a writer… I used to read ZenHabits for motivation on how to improve my life, and maybe eventually follow Leo’s footsteps in doing something I enjoyed for a living.

Then as I became a bit more established as a writer, I got my first major guest post on ProBlogger.net. Then I began dreaming of writing for bigger sites such as ZenHabits, CopyBlogger et al. And now that it’s happening, I can’t hardly believe it.

At this point, I’ve crossed off a major goal of mine as a writer. It’s time to set bigger goals, I’a reckon.

And it’s funny. I’ve never ever considered myself a writer. I hated English in grade school.

I dreaded doing papers in college.

But now I can say I write professionally. The funny thing is I don’t really consider myself a writer. I’m more of a communicator, than a writer.

This is why I’ve always been good at sales – I know how to connect, and communicate.

Anyway. I’m sitting here imagining how far I’ve come. I keep pinching myself and it hurts. So for any of you who’ve supported me for all this time, thank you so much.

How did you do? Did you stick with it all the way through August? If you did (or didn’t) – please drop your thoughts in the comment section.

I have a confession to make, and I’m not proud of it.

I finally broke my streak. I was on 63 days and then I just stopped. In fact, this decision was somewhat deliberate, although it came about subconsciously.

So there’ve been a few times during my meditation where I’ve reached some fairly deep states. The state of mind where you aren’t thinking of anything at all. I would catch myself not thinking of anything, and then try to hold onto it. I began to get addicted to this feeling, and every time I sat down to meditate, I expected it.

As you might imagine, this has been a negative experience for me because most of the time when I sit, I can’t get back to that state – it’s always random when it happens.

So I found myself actually putting off meditation until the very end of the day, when I should’ve gotten a session in after my first coffee.

So a few days back I deliberately broke my streak. I just didn’t take the time to meditate.

In fact, I went 3 days without sitting and counting my breaths. I don’t like this, and I’m not proud of it, but I needed a reminder.

Meditation is not about expectation. It’s not about trying to get something. It’s about being aware and being present. It’s about appreciating the current moment you’re in and not worrying about anything else.

I was losing sight of this practice. Therefore, I cut it out to get my mind right.

I’m now back to my daily sitting, and my goal of each session is to be calm, silent and still.

In fact, I’m thinking about seeking a meditation group here in Nashville. And (god, I can’t believe I’m saying this) I’m likely going to seek out a guru or a personal teacher to help me further my practice.

The benefits I’ve experienced thus far have been overwhelming.

I’m finding more joy in my work. I’m experiencing peace that I didn’t know before. I no longer freak out over the tiniest of problems.

I actually spend more time focusing on my conversations with friends as opposed to checking my phone or zoning out thinking about what I would be doing later that day.

So the benefits of meditation seem to be manifesting in my life, and for that I’m thankful.

Another reason I’m interested in meditation is due to how I believe it can improve my health – especially with regards to stress. I mentioned this study in a previous post, and it seems that we’re finally beginning to assess the positive effects meditation can have on a physiological level.

And this segues into my next thing I wanna ramble about.

Something I’ve not been too open about is the fact that I’ve struggled immensely with hypothyroidism.

In fact, as a fitness professional, I used to be sort of embarrassed that I struggle with it, even though it’s been mostly out of my control.

I’m an autodidact, so it’s common for me to try to find some answers.

From what I’ve read, stress can really mess a person up. In fact, I’m reading Sapolsky’s book Why Zebras Don’t Get Ulcers and it’s ALL about stress and its effects on our bodies.

2007-2009 was an extremely rough period of my life. My mother and I moved to Nashville in late 2007. Shortly thereafter, she suffered the effects of the mortgage crisis, losing all of her retirement due to a bank failing – a bank in which she worked for 10 years. Everything was gone – wiped away.

About this same time, I’d dropped out of Belmont (my main reason for coming to Nashville), and started getting part-time jobs. Jobs I effing hated. But I did it to help make ends meet while mama Deen looked for work and tried to make sense of her retirement loss, trying to get anything back she could.

Unfortunately, she never recouped any of her losses.

In early 2008, mom was diagnosed with MS. I remember sitting in the physicians room when they pulled out the MRI sheets.

The asshole of a doctor then explained that she had lesions on her brain and that it was either cancer or MS. I’ll never forget that meeting.

I immediately welled up and burst into tears.

The mother who’s given me everything – my life, my will to succeed, and my work ethic – was stricken with a disease without a cure.

Here’s the moment in my life where the straw broke the camels back. At that point, I felt it was all worthless and that nothing mattered. I felt life was meaningless, and I treated it as so. (if you care to read a more detailed story, read this)

So why do I share this? Because when I look at everything in retrospect, stress is such a crazy thing.

First of all – stress is not some abstract thing we think we know something about. It’s actually been measured. Various hormones are excreted under certain situations, and prolonged exposure to these conditions can prove to be fatal.

And this is exactly what happened to my mother, and I.

Mom didn’t really start experiencing distinct MS symptoms until she underwent the major mound of stress with the bank failing. Then it seemed to all come tumbling down, as they say.

At this point in my life, I began experiencing some major symptoms of hypothyroidism. Cold hands, feet, and it was super hard to keep warm during the evenings. I would fall asleep uncontrollably later in the day, usually around 3-4 pm.

I was also intermittent fasting at the time, and I can’t imagine this did me any good – just adding more fuel to the fire.

It was a downward spiral. I went from doctor to doctor. Nothing. Everyone said I was fine, and I needed to snap out of it.

Then I finally found a doctor who cared – took all the major tests, and helped me with a treatment plan.

Now I’ve been taking Amour thyroid and Liothyronine for about 3 years now. In fact, I still get labs to this day, and the meds aren’t working too well.

Many of my symptoms are alleviated, but I still have a few – not only that, I think I’ve completely forgotten what normal even feels like. I even find myself being super exhausted every now and again – having to take naps to recharge.

All this led me to a point to see if I could fix myself with nutrition.

I searched forever, and I think I may have found a solution. Only time will tell, and at the end of the month, I plan to get more labs. We’ll see if this approach if helping.

I won’t go completely into the dietary approach here, because it’s very deep, and I’m ready for bed.

But here’s the gist of it.

I’m mostly inspired by Danny Roddy, and Ray Peat. I’ve been reading Danny’s site for about 8 months now, and then I actually bought Danny’s recent book The Peat Whisperer.

In the book, he basically takes Peat’s research and breaks it down into actionable steps – making a ton of sense of all the research and making it practical for one to put into practice.

In the last 4 months, a majority of my carb intake has been 80% fruit, mostly in the form of OJ and melons. The other has been potatoes or rice. I’ve tired to avoid gluten for the most part, but I’ve had an occasional pizza and Asian cuisine during my travels to Boston.

From the 3rd up until end of the month, I’m on a pretty strict diet of OJ, melon, collagen, shrimp, beef, lamb, liver, and a TON of dairy consisting of almost 1 gallon of milk per day, along with 1 tub of cottage cheese mixed with about 60g of honey.

The goal is to reduce most, if not all, inflammation otherwise caused by my diet, and then supplement my diet with vitamins and minerals my recent labs show I’m deficient in. So I’m supplementing with extra zinc, vitamin A, vitamin D, Vitamin E, calcium, and a lot of iron-free salt.

I know this may all sound crazy, but I’m very driven to get off of my meds completely. I am tired of having to take exogenous T3 to feel halfway normal.

So far, when I land the diet with lots of kcals, and lots of nutrients (basically sticking with the basics), I feel amazing.

Some others on a similar diet have attested to clearer skin, better mood, a general resilience to stress, and increased libido.

I can definitely attest to the better mood and over all better feelings when I’m on the diet. I notice when I go a few days consuming PUFA, gluten, and other foods with a ton of fillers in them.

I also notice that my sex drive is a bit out of control. But that could be the extra zinc + all the weight lifting I do.

It could also be that my test levels are unusually high for natural levels as they’ve read above range on previous lab tests (never taken a drug in my life).

Anyway – the goal is to get labs at the end of the month and assess what’s up – see what’s improving since April (last batch of labs), and see what I need to add (maybe more Vitamin A, or D, etc).

Alright, so I just wrote a ton that I didn’t expect to. But it sure feels good to get it out there and now I can think about other stuff, and actually do some work.

8 thoughts on “Random Thoughts: Meditation, LGN365, Stress, and My Diet”